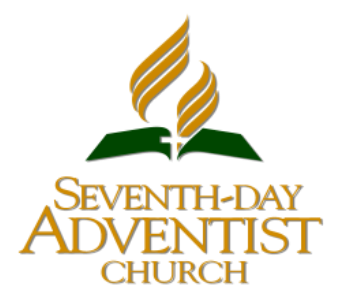 There is a very close correlation between the strength of our denomination and the evangelical fervor of our camp meetings. Thousands of God's people on one campground, having in their midst a tremendous potential power rightfully developed during the camp meeting, could set the world on fire for God!

Throughout the Spirit of prophecy writings, counsel is given us relative to the purpose of these yearly gatherings. It is in the interest of this denomination that every minister and layman keep before him a clear vision as to the real purpose of our camp meetings.

Campground to be a vast school for soul winning.—"The ministers should be ready to act as teachers and leaders in the work of the camp when occasion requires. . . .

Camp meeting to be a time of counsel and prayer.—"Those who labor at camp meetings should frequently engage together in prayer and counsel. . . . There is far more being done by the heavenly universe than we realize in preparing the way that souls may be converted."—Ibid., p. 50.

Among the thousands that attend our yearly gatherings there are those who come burdened. Some have home problems. Some struggle along throughout the year in divided and broken homes. There are those present on the grounds who are spiritual delinquents, tithe delinquents, et cetera. Some on the grounds look for divine healing. Still others come burdened with the guilt of sin and evil habits. Such an array of men and women present the boldest challenge to God's servants. Wise efforts must be put forth so that all may receive proper attention and spiritual uplift.

Well-organized services of praise in song or testimony can be a power for good. And what could be more stirring than thousands of voices lifted to God in full-throated song? It is a well-known fact that the Roman church feared Martin Luther's meetings of praise and song more than it feared his polemic theology. It would seem that after a seven-day session on the grounds, every worshiper should have cleared his soul of the tunes of the world, and depart with songs of God in his heart and upon his lips. What a challenge for the ministers of music!

Camp meeting to promote spiritual life among those not of our faith.—"In our work we have been perplexed to know how to break through the barriers of worldliness and prejudice, and bring before the people the precious truth which means so much to them. The Lord has instructed us that the camp meeting is one of the most important instrumentalities for the accomplishment of this work."—Ibid., pp. 31, 32.

The camp itself an object lesson to the worshipers.—"Every camp meeting should be an object lesson of neatness, order, and good taste. . . . Everything should be so arranged as to impress both our own people and the world with the sacredness and importance of the work of God."—Ibid., p. 34.